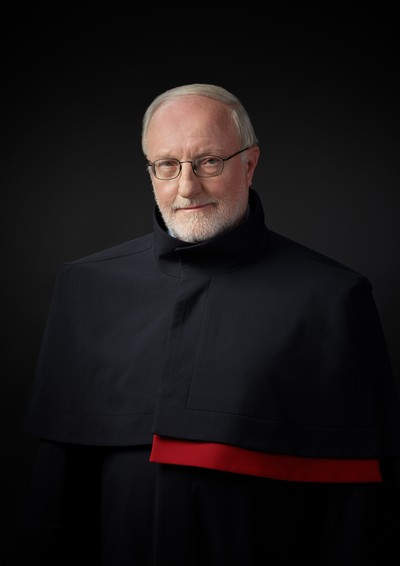 Jiří Zemánek (born in 1950) worked from 1974 onwards as a research worker in the field of international law and economic integration, in which he also defended his post-doctorate dissertation (1978), at the Institute of State and Law at the Czechoslovak Academy of Sciences, after studying the economics of foreign trade at the University of Economics and law at Charles University. In addition to the Comecon and the EEC, he also studied the unification agenda of the UN International Law Commission, GATT, UNCITRAL, etc. He also went to the Supreme Court of the Czechoslovak Republic and the Department of International Economic Relations at the Office of the Government of the Czechoslovak Republic on research fellowships. He augmented his professional qualifications on the Summer Programme at the Hague Academy of International Law and, at the end of the nineteen eighties, the International Faculty of Comparative Law in Strasbourg. His publication output at this time strived for the broader engagement of Czechoslovakia in contractual and institutional structures of international legal co-operation. A long-term research residency at the Max Planck Institute for Comparative and International Private Law in Hamburg on the basis of a scholarship from the Alexander von Humboldt Foundation, a three-month research fellowship at the Swiss Institute of Comparative Law in Lausanne with the support of the Swiss government, and courses at the Free University of Brussels and the University Institute in Florence at the beginning of the nineteen nineties were significantly reflected in his professional focus on European law.

He comprises part of the team responsible for introducing European legal studies at Charles University and co-authors the first large-scale textbook on the law of the European Union (now in its fifth edition), and as Vice-dean of the Faculty of Law develops its engagement in the mobility of students and lecturers within the framework of the European Union programmes Tempus and Erasmus (“The Czech Legal System in the European Context”), introduces special courses in English, German and French law in the European context run by professors from foreign universities, co-founds the interdisciplinary training programme Europeum for public administration workers, acts as national coordinator of research projects (Deutsche Forschungsgesellschaft, the Faculty of Law at Dresden University of Technology), lectures at the Czech Judicial Academy, becomes President of the Czech Association for European Studies, the Czech branch of the International Law Association, and member of the editorial boards of specialist periodicals, etc. In 1998, he is awarded the Jean Monnet Chair of European Law by the European University Council. In the same year he receives an honorary plaque on the occasion of the 650th anniversary of the foundation of Charles University. In the years 2001–2012 he also introduces and lectures in European law at the Metropolitan University Prague.

As a member of the Government Legislative Council in the years 1998–2006 he contributed, first and foremost, to the process of integrating the Czech legal code with the law of the European Union and to the work of the committee for the preparation of Euro-amendments to the Constitution of the Czech Republic. During the course of the negotiations on the Treaty establishing a Constitution for Europe (2002–2003) he was member of the advisory team of the governmental representative to the Convention Jan Kohout. He was also often invited at that time as an expert of the Permanent Committee of the Senate for the Constitution and Parliamentary Procedure. His extra-academic professional work includes work in the legal profession (1992–2009) and expert consultancy for the European Union (the selection of lawyers–linguists for the Court of Justice of the EU, the panel of the Education, Audiovisual and Culture Executive Agency).

His extensive work in the international academic field has included lecturing at universities in, for example, Hamburg, Berlin, Regensburg, Warsaw, Madrid and the USA. He has made regular appearances at conferences of the European Constitutional Law Network, Societas Iuris Publici Europaei, the T.M.C. Asser Institute in The Hague and other conferences throughout Europe. He has published numerous essays and acted as joint editor of collective works for the publishers Nomos, Duncker & Humblot, Berliner Wissenschaftsverlag and Eleven International Publishing. He is a founder member of the committee of advisors to the European Constitutional Law Review, and a member of the editorial boards of the journals Jurisprudence and Mezinárodní Vztahy (International Relations) in the Czech Republic. His publication and teaching work has focused primarily on the topic of European constitutional law – issues of democratic legitimacy and responsibility in the EU, European judicial dialogue, comparative study of the interaction between European and national law, and methods of harmonising the law of the member states of the EU.

He was appointed Justice at the Constitutional Court by the President of the Republic on 20 January 2014.