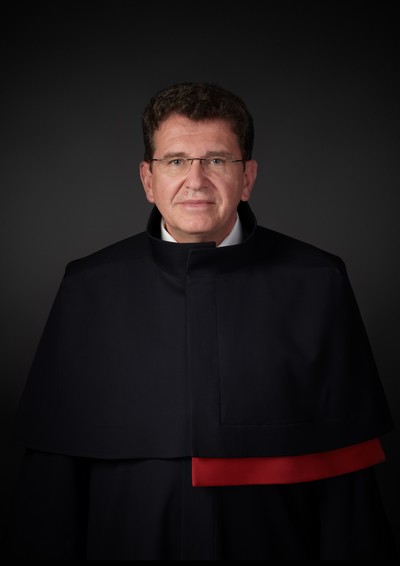 Graduated in law from the Faculty of Law at Charles University in Prague in 1986, where he obtained the title Doctor of Law in the field of criminal law – theory of the state and law – in 1987. In 2001, he obtained the title Ph.D. in the field of material and procedural criminal law at the Faculty of Law at Masaryk University in Brno, and in 2002 obtained a higher doctorate (Doc.) in the field of the security services at the Academy of the Police Force in Bratislava. In 2004, he was awarded the title Private University Professor (Univ. Priv. Prof.) in the social sciences – European criminal law – by the University of Miskolc in Hungary. In 2008, he received the title Doctor of Social and Humanitarian Sciences (DSc.) from the Academy of Sciences of the Czech Republic. He was appointed Professor of Criminal Law by President of the Republic Václav Klaus in 2009.

He is a professor at the Department of Criminal Law at the Faculty of Law at Masaryk University in Brno, and has also held the same position at the Faculty of Law at Charles University in Prague. He also lectures at other universities and institutions in the Czech Republic and abroad. He was Vice-dean for Foreign Relations at the University of Law in Bratislava. He has been on a number of research fellowships abroad, for example at the Supreme Administrative Court and Ministry of Justice in France, took part in a government anti-corruption study programme in the USA, a programme at the Ford Foundation for the protection of human rights (RSA), etc. He has been a member of expert committees at the Council of Europe and working groups at the European Commission, and has taken part in many international conferences and seminars related to criminal law, combating economic and financial criminality and corruption, and international judicial co-operation. He has worked with professional bodies and research institutions abroad (including the Institute for Post-graduate Legal Education in Atlanta, the Max Planck Institute for Foreign and International Criminal Law in Freiburg im Breisgau, the Institute of Advanced Legal Studies at the University of London, the Academy of European Law in Trier, universities in Vienna, Rotterdam, Nijmegen, Ghent, Stockholm, Örebro, Miskolc and Luxemburg, the John Marshall Law School in Chicago, etc.), where he has lectured and worked on international research projects focusing on criminal law, the position of public prosecution and international judicial co-operation in criminal matters, and the harmonisation of criminal law and associated legislation in connection with the accession of the Czech Republic to the EU. He has published a number of monographs and specialist academic articles focusing primarily on material and procedural criminal law in the domestic and international context.