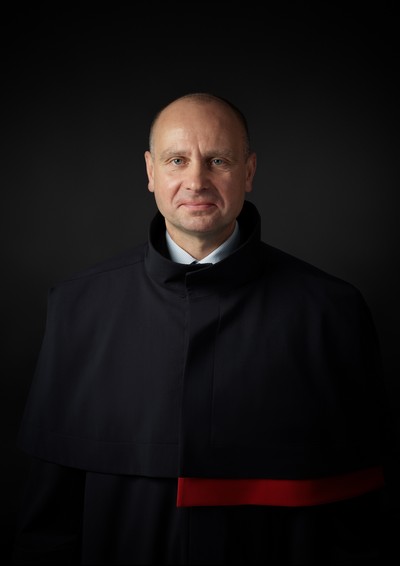 JUDr. Jaromír Jirsa (*5. 5. 1966) finished law school at Charles University in 1989. He started working in the judiciary as a law clerk at the Prague 8 District Court in 1990. After passing the judicial exam in 1992, he was appointed as a judge of this court. As a civil law judge, he dealt with, inter alia, restitutions, family, housing and health law cases. In May 1999, he became a civil law judge and the vice-president of Prague 1 District Court. Since August 2007, judge Jirsa served as the vice-president of Prague Municipal Court where he worked on insolvency and securities cases, as well as appellate cases.

Judge Jirsa has been focusing on civil procedural law for a long time. For that reason, he’s been a permanent member of expert committees with the Ministry of Justice for civil procedure; in 2010, he was appointed a president of one of these committees. In the area of substantive law, he specialized himself in classic civil cases, e. g. ownership, rental and labor law cases. He also decided in family cases or on the custody of minors. While working for Prague 1 District Court, which is characterized by one of the hardest civil cases in the country, he aimed his attention to recovery of damages caused by the state (for unlawful decision or incorrect procedure) and health injuries. In addition, he has experience with intellectual property disputes, unfair competition disputes and protection of good reputation of corporations.

In 2002-2008, judge Jirsa served as the president of Union of Judges. He participated in many projects, e. g. adoption of the code of ethics for judges, adoption of principles of career structure for judges, so-called “mini-teams”, educational projects for judges or support of mediation in non-criminal cases finalized by adoption of the Mediation Act. He is the Honorary President of Union of Judges which is the only professional organization of judges in the Czech Republic.

Judge Jirsa has been lecturing and publishing specialized texts. He has lectured for Judicial Academy, Czech Bar Association, Chamber of Law Enforcement Officials, Union of Judges etc. In 2010, he was awarded the bronze medal of Antonin Randa by the Union of Czech Lawyers for his lecturing and publication activities in the area of civil procedural law. In 2007 – 2012, he was a member of accreditation working group for the areas of law and security with the Charles University, School of Law.

Judge Jirsa is a member of the editorial board of magazine “The Judge” and legal web portal “Právní prostor”, where he often publishes his texts, as well as in other specialized periodicals. He also presided the team of authors, and is the main author, of the five-volume judicial commentary to Civil Procedure Code (Havlíček Brain Team, Prague, 2014].

Judge Jirsa is married and he has two children.

On 7 October 2015, the President of the Czech Republic appointed him as a Justice of the Constitutional Court.