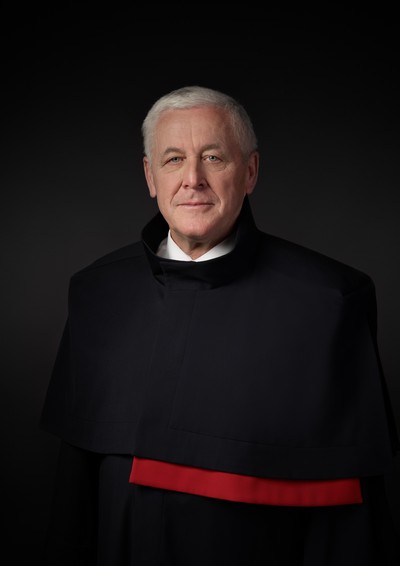 Josef Fiala (*1953) studied law at J. E. Purkyně University (today’s Masaryk University) in 1971 - 1976. In the course of his studies, he started to work as an assistant on the basis of a part-time contract. After finishing his law school studies, he joined the department of civil law as a full-time assistant (1976-1996). In 1978, he obtained the “JUDr.” degree (thesis entitled “Position of civil law in the system of law“). He became senior assistant in the same year. In 1984, he obtained the academic degree “Candidate of Sciences” in the field of civil law. In 1996, he was awarded the degree of assistant professor after defending his thesis entitled “Ownership of apartments in the Czech Republic” where he took into account previous outcomes of scientific approaches to the nature of apartment ownership. He was awarded the full professorship in 2006. In 1995-2001, he served as a vice-dean of the law school, and in 2004-2015, he led the department of civil law. He took part in various forms of pedagogical work in all study programs at the Masaryk University, School of Law. In addition, he was a member of several research projects (e. g. in 2004-2011, he was the deputy coordinator in the project entitled “European context of the evolution of Czech law after 2004”). He used the outcomes of this research in his publications.
Apart from his academic activities, he used to be a commercial lawyer, an attorney, member of Government’s Legislative Board and its committees, member of appellate boards of the President of the Office for the Protection of Competition, and an arbitrator of the Arbitration Court attached to the Czech Chamber of Commerce and the Agricultural Chamber of the Czech Republic. He frequently lectures professionals, e. g. Czech Bar Association etc. In 1991, he worked at the Constitutional Court of the Czech and Slovak Federal Republic as a law clerk of judge Pavel Mates. Since 1993, he has been a law clerk of three judges of the Constitutional Court of the Czech Republic - Ivana Janů, Eva Zarembová and Miloš Holeček.

On 17 December 2015, the President of the Czech Republic appointed him as a Justice of the Constitutional Court.